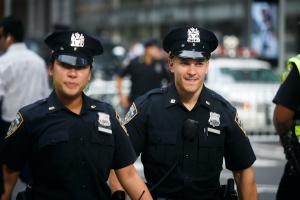 In recent years, there have been several police officer-involved shootings that have ignited a national debate concerning the brutality used by members of law enforcement, especially against black Americans. The reality is that police officers often take on a certain level of risk to protect their communities and uphold the law. Therefore, law enforcement officials should purchase a police protective liability insurance policy to protect themselves. Here is a close look at this form of protection and its benefits.

What Coverages Are Included In A Police Liability Insurance Policy?

A police liability policy is designed to help cover incidents where the use of force by an officer may be considered “excessive” or otherwise wrongful. In such scenarios, this type of policy will cover damages arising from property destruction, bodily injury, or personal injury resulting from a “wrongful act.” If a police officer is ever sued by anyone involved in an incident, a liability policy would also help cover the ensuing legal fees. 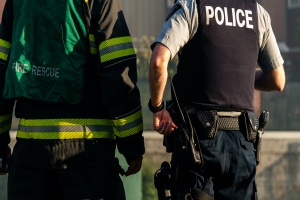 There are three primary reasons why police officers should acquire and maintain liability insurance: to improve the handling of police misconduct, to increase action in civil lawsuits, and to build greater trust between law enforcement and communities of color. Here is an analysis of each of these reasons.

In the event of alleged police misconduct, a liability insurance policy can make it easier to determine which charges may be brought against the officer, if any. Individuals who claim to have been victims of police brutality are typically advised to pursue one of three options: to make an internal complaint to the police department, to file a criminal complaint, or to file a civil suit.

According to 42 U.S.C § 1983, injured parties in cases of police brutality may take civil liability action against a law enforcement officer. These lawsuits are frequently filed due to false arrest, alleged excessive force, malicious prosecution, or failure to intervene. However, a 2014 study concluded that law enforcement officials are often indemnified. The study also revealed that police officers rarely satisfied the punitive damage awards filed against them and contributed little to settlements or judgments.

Insurers frequently change vague liability exposures into strict policies that include threats of coverage denial in certain instances. This represents a substantial aspect of how civil liability functions as a deterrence to police misconduct in jurisdictions with insurance.

If residents of predominantly minority neighborhoods are made aware of the fact that police officers can be legally protected by acquiring liability insurance, this can potentially help increase trust between both sides. This, in turn, can lead to fewer incidents of police brutality and thus fewer lawsuits against officers, which means the money used to pay plaintiffs in these suits can be allocated to improving the lives of residents in these communities (e.g. greater funding for education, mental health resources, substance abuse programs, etc.). 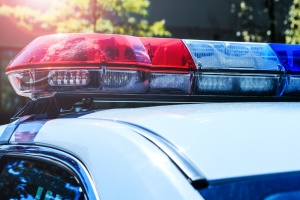 Indeed, requiring law enforcement officers to purchase police liability insurance can help significantly reduce the occurrence of lawsuits and improve the process of holding officials accountable when they commit “wrongful” actions against civilians. If you are a law enforcement official, it’s important to have extensive knowledge of both federal laws and your state’s laws regarding the use of force. Excessive force by police is a federal civil rights violation and is subject to investigation by the FBI, as well as potential prosecution by the Department of Justice.

Reach out to the professionals at John M. Glover Insurance Agency to learn more about police liability insurance and its benefits. Since our founding in 1916, we have been dedicated to serving the insurance needs of clients throughout Connecticut, New Jersey, New York, Massachusetts, and Hawaii. As an independent agency, we work closely with several insurance companies that have proven their reliability and stability over the years.

If you are a police officer or another type of law enforcement official, it’s important to always have protection when serving your community. The most effective way to do this is by acquiring a police liability insurance policy. This type of policy covers damages resulting from property damage, bodily injury, and personal injury occurring due to “wrongful acts.” In the event of a lawsuit against you, your policy will also cover the ensuing legal fees. The costs of our policies depend on your specific needs: we offer plans requiring $100,000 in coverage and $250,000 in coverage.