Who Should Have Police Liability Insurance?

A career in law enforcement often comes with many advantages, but the reality is that there are also several risks associated with this type of occupation. A police liability insurance policy can help cover these risks. Here is an analysis of this form of insurance and which cops can benefit the most from it.

What Does Police Liability Insurance Cover? 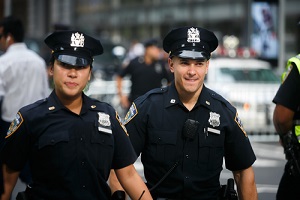 These damages and incidents can occur during nearly any type of regular police activity. Many legal experts who specialize in law enforcement reform believe police should carry liability insurance because this could help weed out overly aggressive officers (who would see their premiums rise after multiple incidents of misconduct) while lowering the cost to taxpayers of paying for settlements in cases of misconduct.

Who Should Have Police Liability Insurance?

All police officers should have liability coverage. This includes cops who work in airports, college campuses, and facilities such as jails and prisons. All of these officers face some degree of risk while carrying out their daily responsibilities.

Even desk officers can benefit from liability insurance because they may be charged with misconduct while interacting with a civilian at their precinct: they can make a false arrest, use excessive force, display negligence (e.g. fail to protect someone) or damage someone else’s property.

In recent years, the number of lawsuits filed against both law enforcement officials and their superiors (such as mayors and municipal managers) has risen substantially. Although not all cases involving police officers end in settlements, they must all be carried out to the fullest extent of the law.

What also makes police lawsuits complex is the fact that the term “liability” is used very broadly. On a similar note, the Civil Rights Act of 1871 — which is often used to determine whether a police officer has violated someone’s rights — is also frequently interpreted very liberally. This law states, among other things, that an officer must have probable cause in order to arrest anyone.

With regards to police, there is also something called “vicarious liability.” This occurs when a police supervisor is found to be indirectly responsible for a wrongful act his subordinates commit. This error can relate to training, hiring, or assignment.

Several states around the country have proposed or enacted laws over the past year to improve police accountability. One such state is Connecticut, where Gov. Ned Lamont signed an omnibus reform bill in July 2020. The law, known as HB 6004, states that “no police officer, acting alone or in conspiracy with another, shall deprive any person or class of persons” of their civil rights as listed in the state’s Constitution. 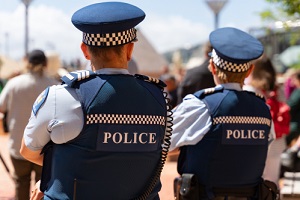 This includes violations of rights such as freedom of speech and equal protection, in addition to unreasonable seizures and searches and false arrests. Under this law, police departments and municipalities in Connecticut must also indemnify their officers and fund their attorney fees. The only exception to this stipulation is any case that involves a “malicious act.” The section of this reform that limits police immunity didn’t take effect until this year (on July 1), however.

There is still a long way to go in terms of curbing police immunity via liability insurance. Nevertheless, many states and cities appear to be headed in a sound direction to ensure justice is served and that taxpayers aren’t bearing the entire burden of funding police settlements.

Speak To The Police Liability Experts

Reach out to the professionals at JMG Insurance Agency to learn more about police liability insurance and its benefits. Since 1916, we’ve been dedicated to serving the insurance needs of clients throughout Connecticut, New Jersey, New York, Hawaii, and Massachusetts. As an independent agency, we work closely with many reliable and well-established insurance carriers.

If you work as a police officer in any capacity, you can benefit significantly from purchasing liability coverage. These policies cover property damage, bodily injury, and personal injury. Should a civilian sue you for violating their civil rights, your policy would also cover the ensuing legal fees. At JMG, we understand what is considered a “wrongful act” and can respond to claims and lawsuits accordingly. We offer policies that require $100,000, $250,000, and $500,000 in coverage.

The JMG Insurance Agency has been serving the insurance needs of our clients in Connecticut, New York, New Jersey, Massachusetts, and Hawaii since 1916.