What Is Protective Liability Insurance And Why Is It Important For Police Officers To Have? 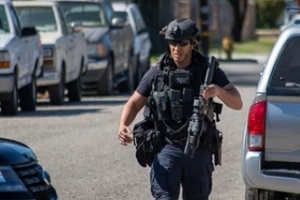 Police officers often command a significant amount of respect because of what their profession entails. Although the exact level of risk that a law enforcement official faces often varies depending on factors such as the crime levels in the area they work in, virtually all officers must deal with these risks.

What Does Police Liability Insurance Cover?

These incidents and damages are generally covered during all routine police operations, including moonlighting, providing medical help after an accident or crime, and escorting prisoners to and from facilities such as prisons and jails. All police officers, including those who work on college campuses and airports, can benefit from liability coverage.

Why Is Protective Liability Insurance Important for Police Officers to Have?

One of the primary reasons why police liability insurance is beneficial is because it helps alleviate the burden to a city’s taxpayers to pay for settlements in cases involving police misconduct. These lawsuits often amount to millions of dollars.

Defense costs alone frequently total several tens of thousands of dollars. Similar to how reckless drivers would lead to premiums so high that they would eventually get priced out of driving, police officers with multiple incidents of misconduct could potentially be removed from the force.

Police officers often benefit from something called qualified immunity, which makes it extremely difficult to sue them. The exact laws concerning this vary by state, however. For example, officers in California who have been accused of false imprisonment or arrest don’t have qualified immunity. Police officers also often have strong unions who are willing to go far to defend them.

Per Campaign Zero, a watchdog organization, 85% of police departments in the United States have strived to make sure law enforcement contracts contain language limiting oversight and punishment. In many cases, if an officer claims to have “feared” for his/her life, they can generally use this as a reason to justify any sort of misconduct.

One notable example of a police officer who had a long history of misconduct is Derek Chauvin, the Minneapolis policeman who killed George Floyd. Chauvin had 18 complaints filed against him and was involved in one fatal shooting. Chauvin didn’t have liability coverage; if he did, he would have likely been fired long before he ultimately was. 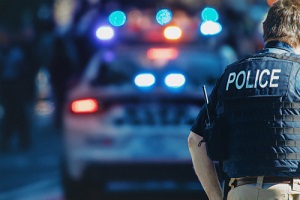 Additionally, Section 642 of Public Law 106-58 dictates that federal agencies must reimburse police officers and their superiors for a maximum of half the cost of a liability insurance policy.

The main civil rights law that victims of police violence should be aware of is Section 1983 of the Civil Rights Act of 1871. This statute was originally meant to mitigate oppressive behavior from both federal entities and private citizens who joined extremist groups such as the Ku Klux Klan.

Section 1983 states that law enforcement officers are prohibited from making false arrests (i.e. without probable cause, as this would constitute a violation of the Fourth Amendment). It also forbids police officers from carrying out malicious prosecutions, which violate a person’s right to liberty under the Fourteenth Amendment. A malicious prosecution claim is generally only valid if the victim proves that:

Speak To The Insurance Experts At JMG

Reach out to the professionals at JMG Insurance Agency to learn more about the benefits of professional liability insurance for police officers. Since 1916, we have been dedicated to providing high-quality insurance solutions to people throughout Connecticut, New Jersey, New York, Hawaii, and Massachusetts. As an independent agency, we work closely with multiple reliable insurance carriers.

Our police liability policies are designed to cover property, bodily injury, and personal injury resulting from “wrongful acts.” Should a civilian bring a lawsuit against you for any reason (false arrest, malicious prosecution, failure to intervene, etc.), a liability policy could also pay for any associated legal fees. We offer plans requiring $100,000, $250,000, and $500,000 in coverage.

Call JMG today at (844) 304-7332 or us online for more information on police liability insurance.